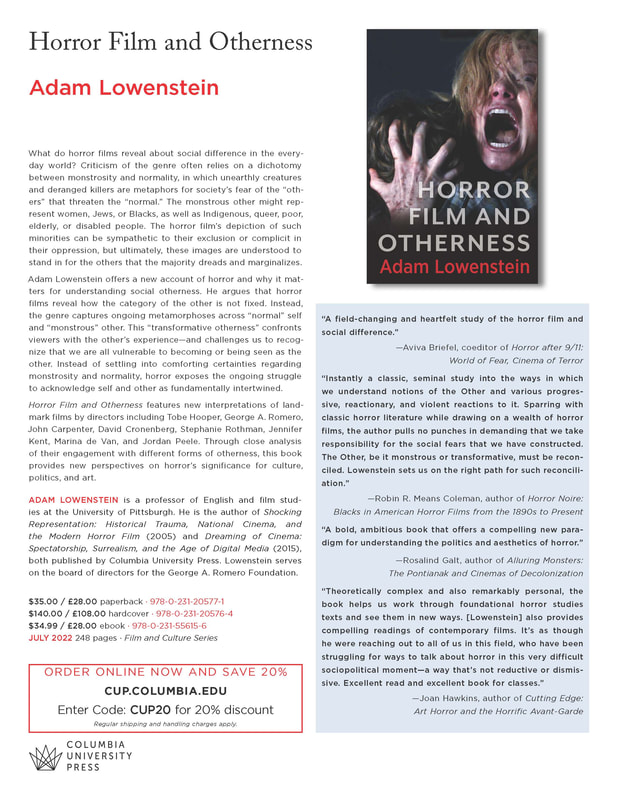 Make sure to check the above flyer for a discount code!

Adam Lowenstein offers a new account of horror and why it matters for understanding social otherness. He argues that horror films reveal how the category of the other is not fixed. Instead, the genre captures ongoing metamorphoses across “normal” self and “monstrous” other. This “transformative otherness” confronts
viewers with the other’s experience—and challenges us to recognize that we are all vulnerable to becoming or being seen as the other. Instead of settling into comforting certainties regarding monstrosity and normality, horror exposes the ongoing struggle to acknowledge self and other as fundamentally intertwined. 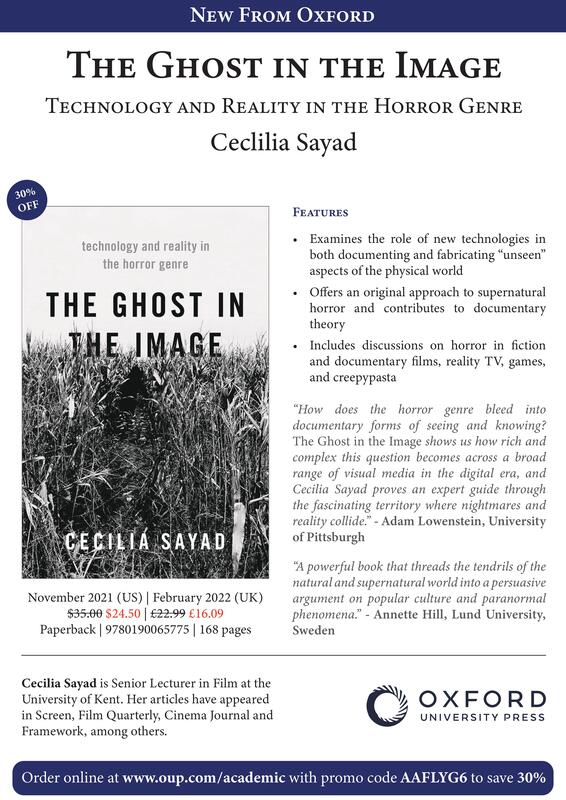 Cecilia Sayad, The Ghost in the Image: Technology and Reality in the Horror Genre (Oxford University Press, 2021)
​
Our century has seen the proliferation of reality shows devoted to ghost hunts, documentaries on hauntings, and horror films presented as found footage. The horror genre is no longer exclusive to fiction and its narratives actively engage us in web forums, experiential viewing, videogames, and creepy pasta. These participative modes of relating to the occult, alongside the impulse to seek proof of either its existence or fabrication, have transformed the production and consumption of horror stories.

The Ghost in the Image offers a new take on the place that supernatural phenomena occupy in everyday life, arguing that the relationship between the horror genre and reality is more intimate than we like to think. Through a revisionist and transmedial approach to horror this book investigates our expectations about the ability of photography and film to work as evidence. A historical examination of technology's role in at once showing and forging truths invites questions about our investment in its powers. Behind our obsession with documenting everyday life lies the hope that our cameras will reveal something extraordinary. The obsessive search for ghosts in the image, however, shows that the desire to find them is matched by the pleasure of calling a hoax.